WIFT-AT is governed and operated by a volunteer Board of Directors with a full-time employee in the Executive Director role. Directors are elected by the membership to WIFT-AT’s board at the Annual General Meeting in June, for a term of two years. Vacancies are filled as needed by the Board, mid-term. A sustained volunteer role in the organization, Regional Advisors consult with the Board and Executive Director to broaden regional perspective and input. Other volunteer roles are filled, shorter term, as needed. 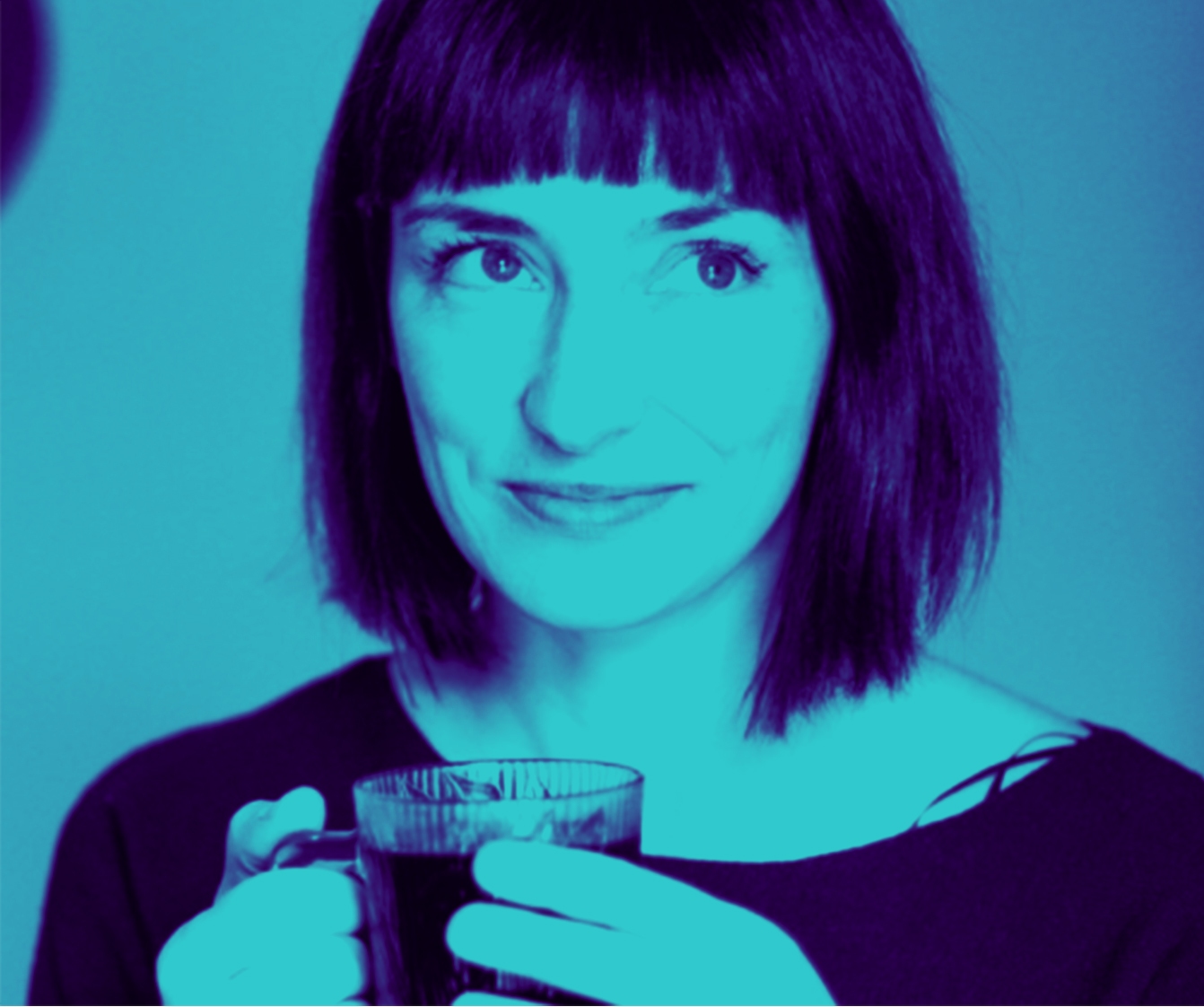 Andie Bulman is a chef, librarian, comic, writer, and filmmaker who cares about food, equal and fair access to information, sustainability, jokes, and the oxford comma.

She’s co-hosting, co-writing, and co-producing two FIBE children’s television shows which will air this coming fall. Andie’s also hosting a new segment on CBC’s Here and Now entitled Habitats in Decline and is the new features and review editor with RiddleFence Literary Magazine.

She’s delighted to be working with WIFT. 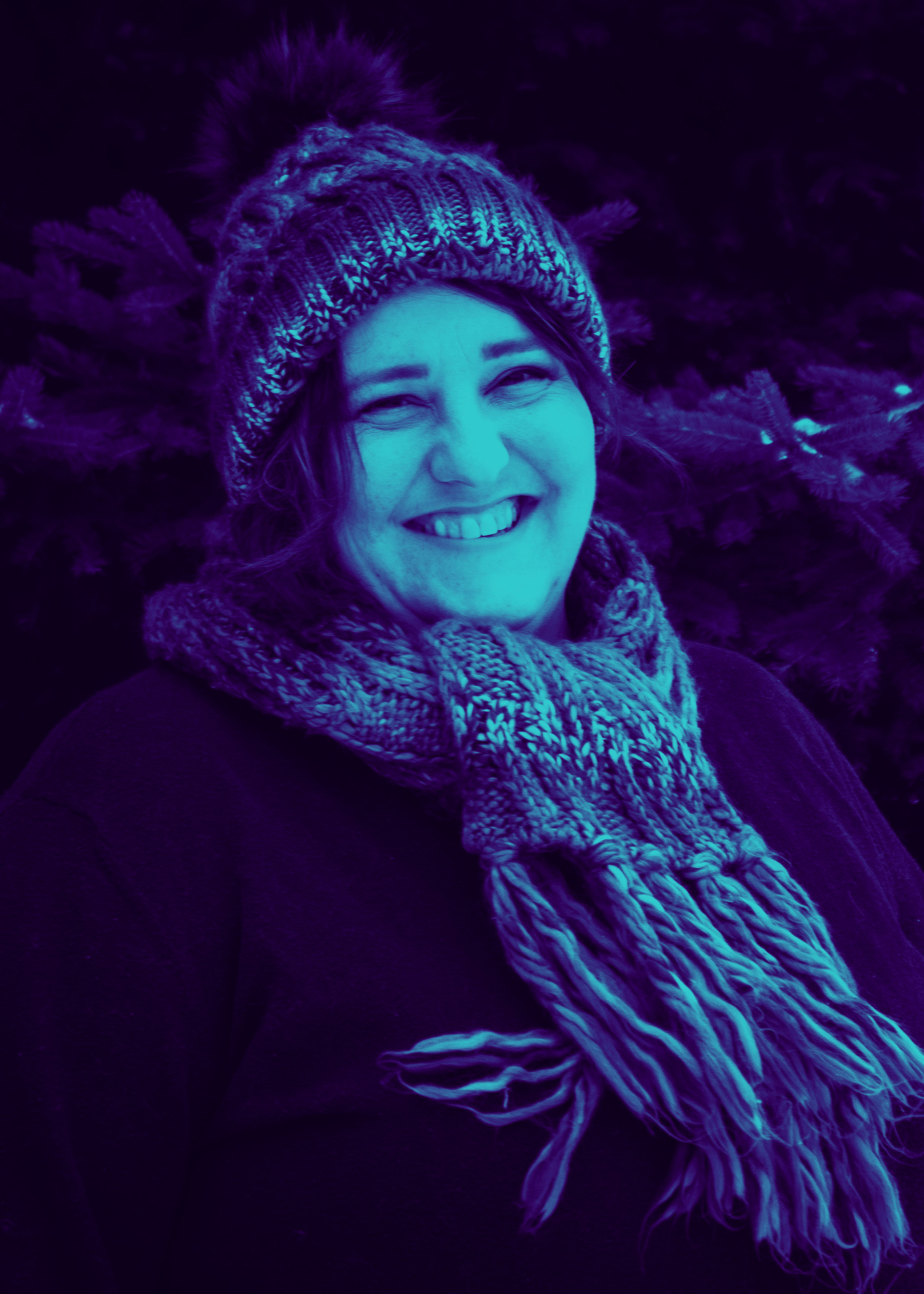 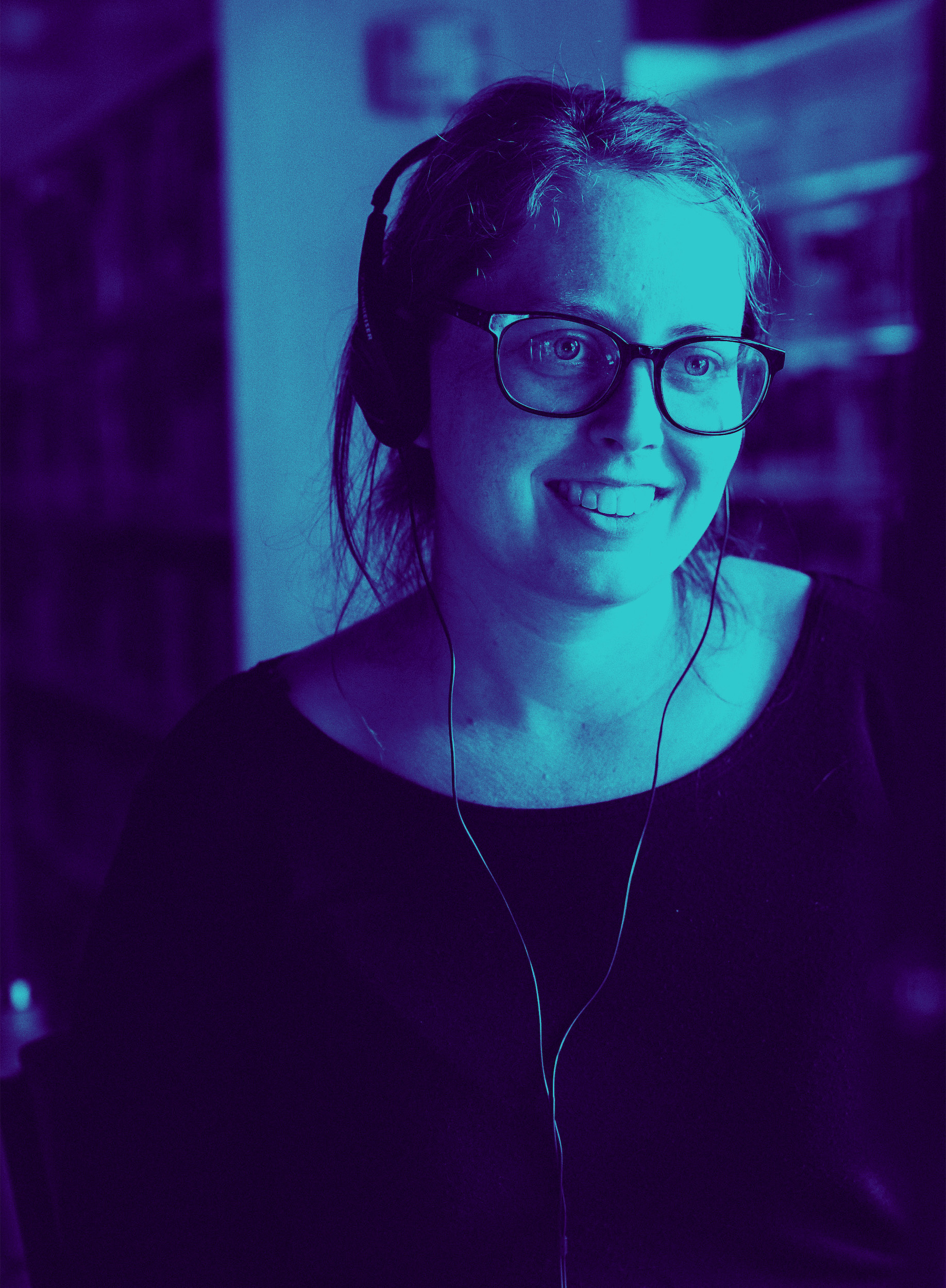 Jillian Acreman has been making films since 2009, with her feature Queen of the Andes winning Best Canadian First Feature at the Victoria Film Festival in 2021. She is the NB Film Co-op’s new President, and an instructor at the NB College of Craft and Design. She is based in Fredericton. 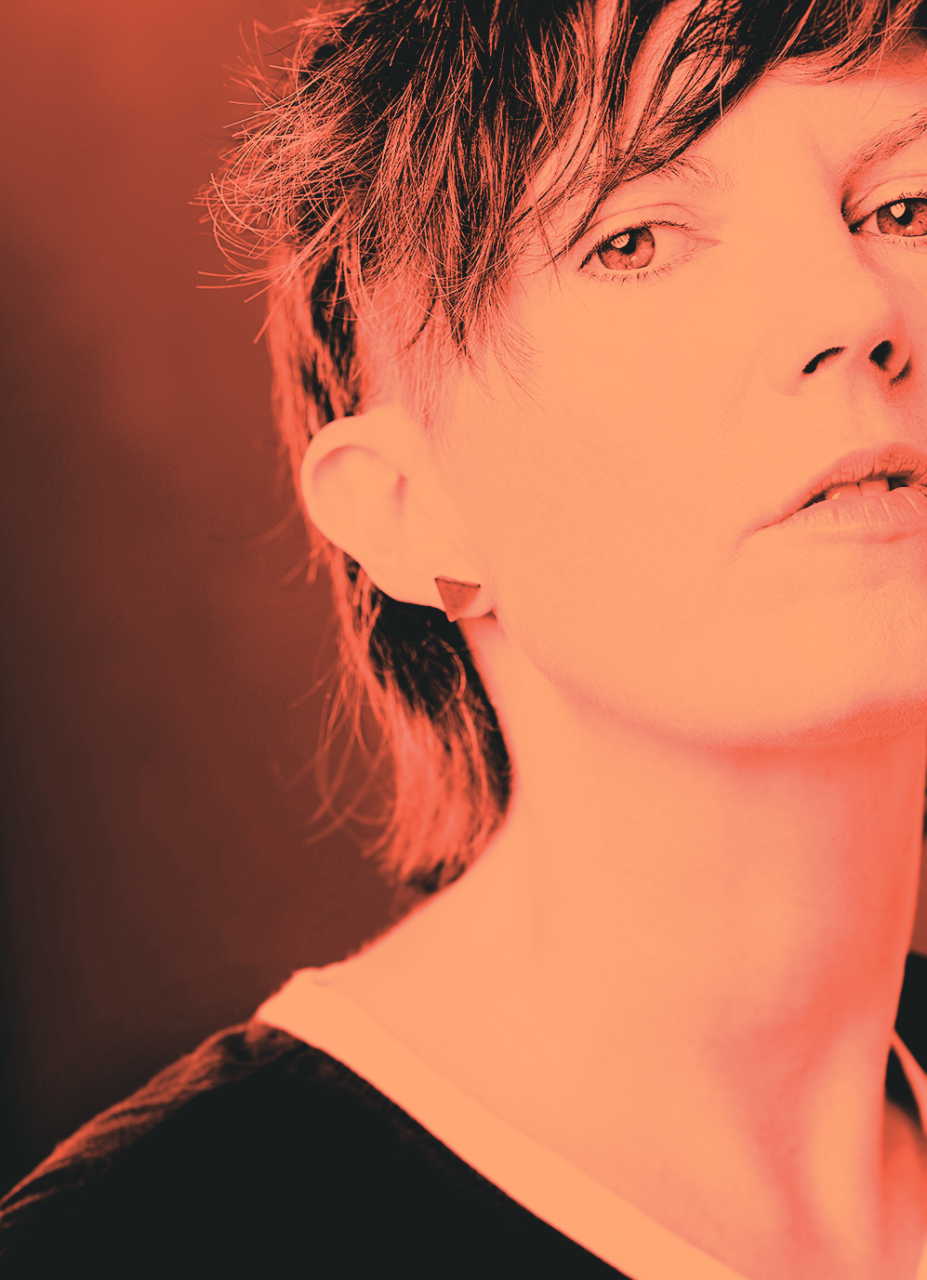 Joanne has led, volunteered, and worked for many Atlantic Canadian artist-run centres and arts organizations, including the Khyber Centre for the Arts, Linda Joy Media Arts Society, Moving Images Group, and the Atlantic Filmmakers Cooperative. She has also enjoyed many positions in public service business transformation, most recently leading the Avalon Sexual Assault Centre in organizational renewal as their Interim Executive Director. Social justice, inclusion, and healing are at the heart of her engagements. 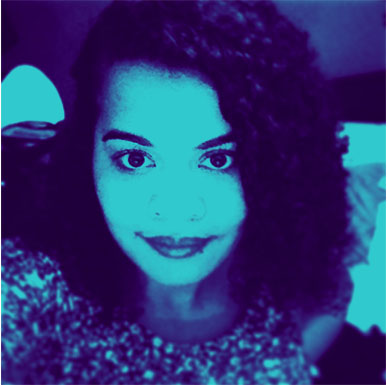 Growing up, I was fortunate to have both of my parents working in the film industry. It provided me with the unique opportunity to see how productions worked behind the camera and not just the finished product like most people see. I would visit my parents on set and sometimes I even got to do background work. Whether it was a small or large production, I was able to see all the moving parts — all the crew members working in tandem to complete a singular goal— and it fascinated me, even though I did not completely understand what they were doing through my young eyes. I believe my drive came from swimming competitively, which I did twice a day, five days a week, between ages 9 and 17. It taught me discipline and work ethic, which I have carried into my career in film production today.

Since graduating from the NSCC Screen Arts Program, I have been actively involved in the film industry, working on television and feature film productions including BOOK OF NEGROES, MR. D., and all three seasons of DIGGSTOWN (Season 3 currently in production). I’ve also been actively involved with WIFT-AT over the years, both as a member and a volunteer in the capacity of volunteer coordinator. 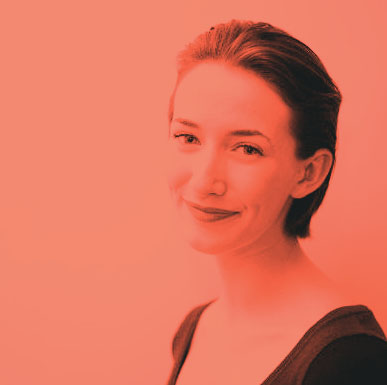 Kelsey Power was trained to work in television and took courses related to the history and presentation of cinema through her undergraduate education at the University of King’s College, where she obtained a Bachelor of Journalism (Honours). She wrote about documentary filmmaking in Canada for her honours project.

She participated in New Waves in 2016, and became WIFT-AT’s programming and conference coordinator for 2017/18. Following this she has sat on the board and is now Co-Chair of the Communications Committee. 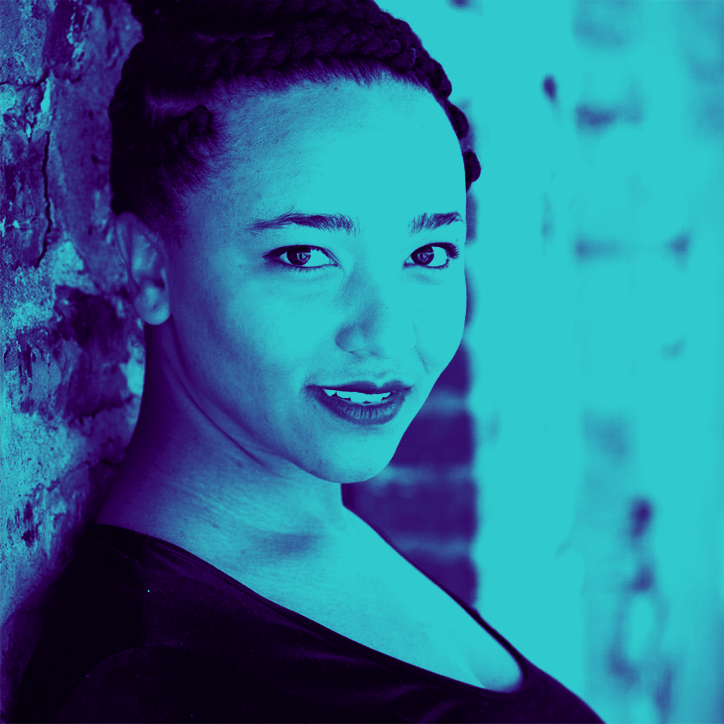 Koumbie is an award-winning director, writer, and actor. In front of the camera they have appeared in a number of local productions with reoccurring roles on shows including CBC productions; Mr. D, Diggstown and Addison, as well as the final season of Outtv’s Sex & Violence.

Since going behind the camera, Koumbie has directed a number of award-winning short films including the Short Film Face-Off winner Hustle & Heart, a 1k wave film, Ariyah & Tristan’s Inevitable Break-Up, and an episode of the Screen Nova Scotia ‘Best Series’ winner Studio Black. In 2016 she was named a “One to Watch” by Sea & Be Scene, in 2018 she was selected as a Five in Focus: Atlantic Director and in the same year won a Telefilm Talent to Watch Grant. 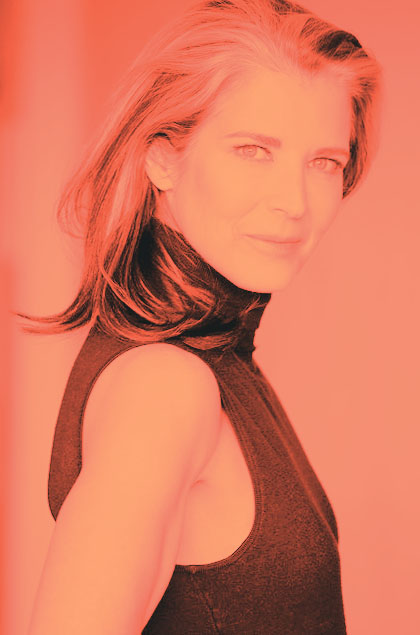 The paths our lives take can be filled with twists, turns and at times, daunting challenges. It’s not until we look back and connect the dots that we realize, although as difficult and convoluted our course of direction may have been, we wind up exactly where we are supposed to be.

I’ve been involved in Film and Television for over 40 years, working throughout Canada, the US, Europe, Asia, Central and South America; taught photography at the College level in England for 2 years, an ACTRA member for over 30, a member of SAG/AFTRA, a Stunt Performer, Stunt Coordinator, Intimacy Coordinator….and a solo single mother of 2 for 24 years.

Wind the clock back 40 years and the obstacles for women in this industry were many and massive. There have been great steps taken for gender parity, diversity and equality but; without strong mentorship opportunities, educational resources, support and encouragement there is a void in skillset and foundational knowledge; all which are paramount to move forward and upward in a profession that we are so passionate about.

Still, to this day, I am met with gender challenges; the reality being, there are centuries of pre-programming to shift. I’d like to lend a gentle hand and voice, in support of that shift so women can thrive and pursue their dreams.

Melānie Mendez Munden immigrated to Canada, Nova Scotia 36 years ago from the Philippines. She graduated in Montreal at College LaSalle from Fashion Design and came home to Nova Scotia to pursue her career in Fashion and opened her studio Mekizo Designs at the former CN building on Barrington St. She was on the board of Shakespeare by the Sea, started fashion shows for charity Manna for Health, Aids Coalition and Coverdale.

With dreams in tow, Melānie travelled back to the Philippines to reconnect with her roots for 6 months and pursue manufacturing. Due to lack of capital she decided to plant trees instead to save her family’s land.

Melānie’s entrepreneurial spirit has led her to move to Toronto and opened a humble cafe on Yonge and Eglinton at 26 where she sold her paintings, Zen gardens and catered events and architect firms.

Melānie joined her family in Vancouver after selling her business in Toronto and continued to work on her painting skills and work with local artists in the area while she built a family of her own.

Melānie now resides in Queensland, Nova Scotia with her teenagers, husband and pets. Melānie owns and runs Cleveland Beach Cottage and frequently runs events, nuptials and fundraisers in the area. She is the Vice Chair of HABA Hubbards and Area Business association.

Melānie has been the Vice President of interiorsurfaces.ca since 2010 with her life partner. She designs area rugs and carpet for the hospitality industry and private residences around North America and Asia.

During the pandemic she explored her love of films, movie making and interest in writing, attending workshops at AFCOOP and being selected into the FILM 5 2020 program with the short film Maid, about a Filipino Migrant worker. This film showed at FIN Atlantic international Film Festival and has now been in16 festivals around the world and won 5 awards. 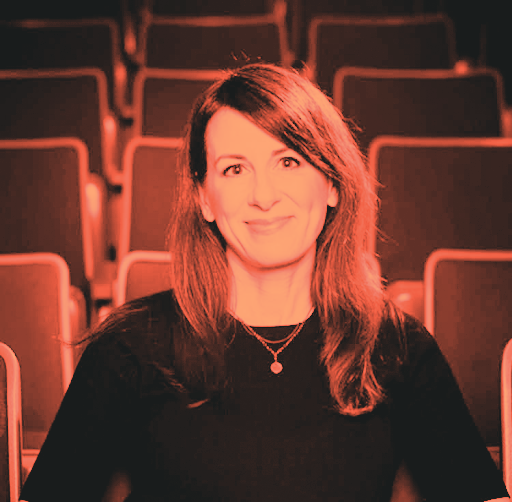 Nadine d’Entremont is the Volunteer and External Relations Manager at FIN Atlantic International Film Festival, where she manages the festival’s volunteer program and coordinates grant proposals. She is also a writing instructor in Dalhousie University’s Faculty of Open Learning and Career Development.

Nadine has written several screenplays, including a short that she produced in 2020. She currently has a feature-length script in Acadian French in development. 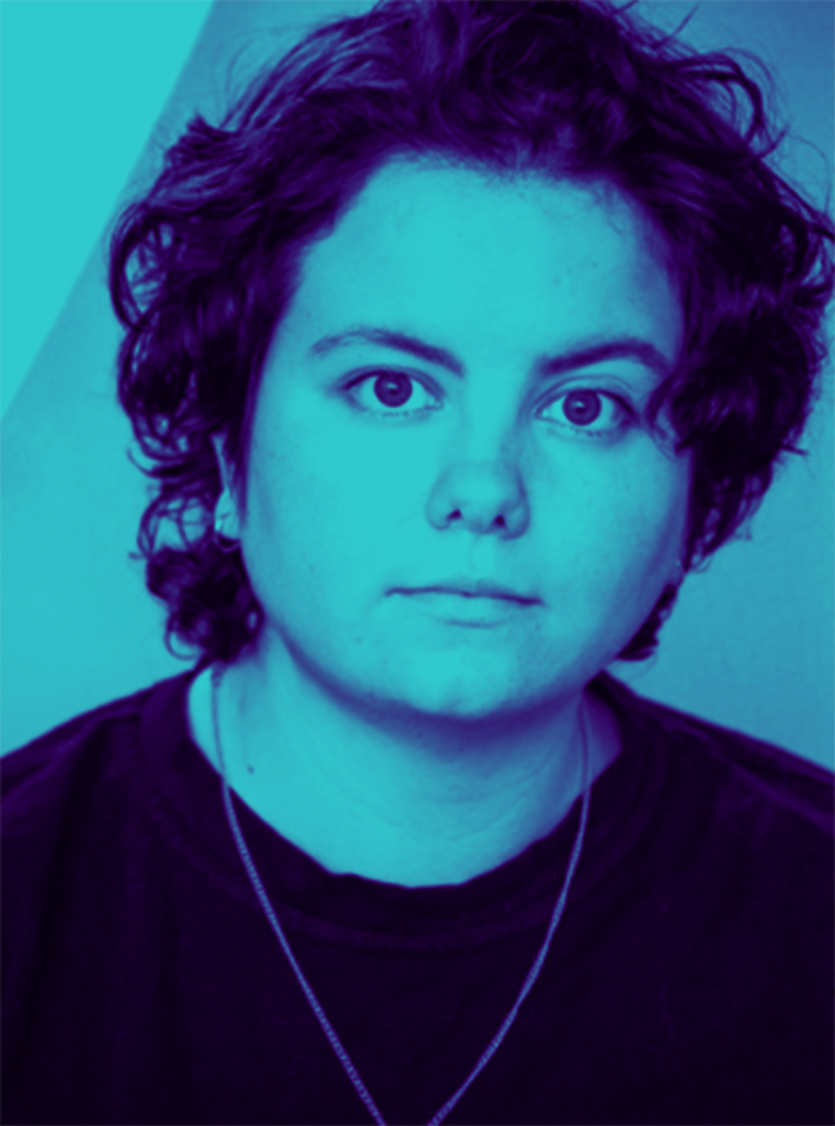 Stevey Hunter (they/them) is a trans-nonbinary actor, comedian, and writer based in Halifax/Kjipuktuk. They are a member of award winning local improv company Hello City. They have worked with numerous Nova Scotian theatre companies including: Neptune Theatre, Ship’s Theatre Company, Zuppa theatre, and more.

Most recently they performed their first solo comedy show When You Leave Please Say Nice Things About Me, which was funded by Arts NS and produced by the BST Wrtiers’ Circle. Their play FAT JULIET, a retelling of Romeo & Juliet from the perspective of a fat 16 year old, Juliet, will be presented in Fall 2021. They were a member of AFCOOP’s Film 1 program where they recently shot their first short film Not A Woman. 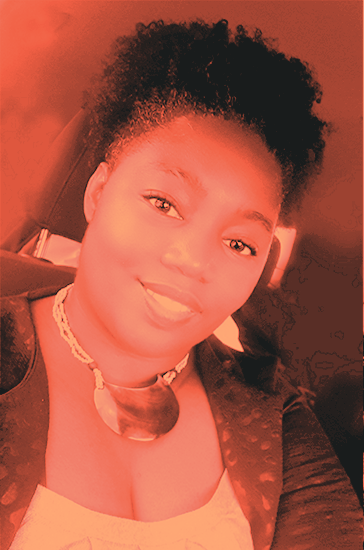 Tara Lynn Taylor is the co-founder and festival director for The Emerging Lens Film Festival. She is a filmmaker, playwright, actress, multidisciplinary artist, singer and licensed hairstylist. Tara has worked in the film industry as a whole for 19 years in various roles behind and in front of the camera. Recipient of the 2021 Industry Development African Nova Scotian music award; She is the Manager of Light House GO streaming service at Light House Arts Centre (a new arts, entertainment and production hub in Downtown Halifax). Co-chair of WIFT-AT, she is currently a member of AFCOOP, Theatre Nova Scotia, PERFORM Nova Scotia and Visual Arts NS. Tara is a graduate of the Centre for Art Tapes’ media scholarship program. Tara has screened her short films in various places internationally, has cast local talent in features and TV shows, and has co-coordinated youth media arts March Break Video Camps. Tara has also produced and in some cases starred in, “Dreamgirls”, “The Color Purple” and “The Wiz”, and has written original musicals including “Viola Desmond the musical”, as well as two staged in 2022 called “Hood Habits” and “Love, Peace and Hairgrease”. 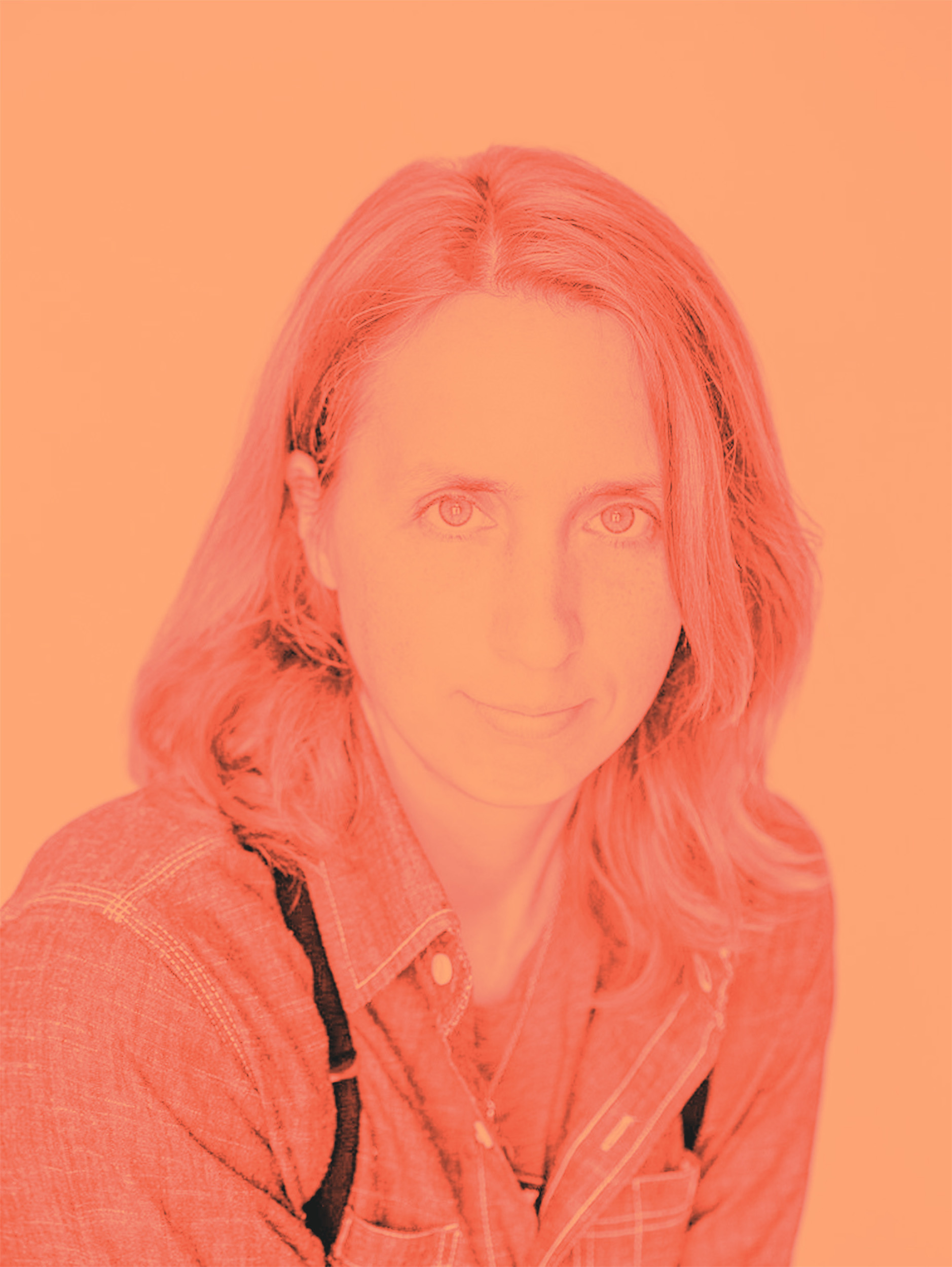 Tracey is a queer writer, director, and producer based in Fredericton, New Brunswick. They won the 2020 CBC WIFT-AT Pitch Competition at the Women Making Waves Conference for their short film script “Travelog”. Her first feature screenplay, the queer coming-of-age drama Glitter, received an honourable mention in the FIN Atlantic Film Festival Pitch Competition in 2020, and has been selected by WIFT-AT for consideration of the 2022 Telefilm Talent to Watch program. In October 2022, Tracey is taking Glitter to Iceland for the Reykjavik International Film Festival Talent Lab.